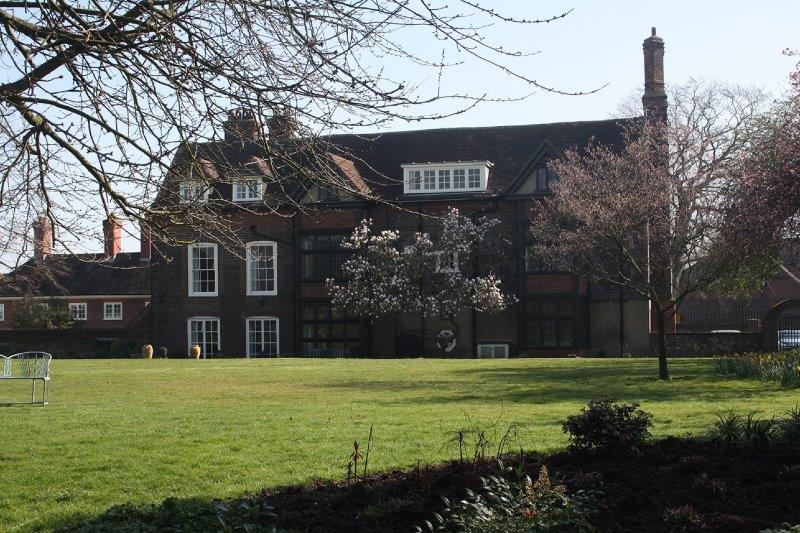 Bishopscourt has been the residence of the bishop of Rochester since 1921. It is located on St Margaret’s St about 250 m south of Rochester Cathedral. The house (listed grade ll) was probably built c1500 and some of the listed boundary walls of patterned brick and flint are probably C16 or C17. The house and garden occupy a plot of 0.4 ha. The garden has a large central lawn dominated by two large trees with planting around the outer edge. OS maps show the boundaries and structure of the main garden have not changed since 1870. The lawn slopes gently down to a hedge of yew trees, dividing this upper garden from a lower section. In one corner of the lower garden there is a store with steps up to its flat roof enabling it to be used as a lookout with excellent views over the river Medway and Rochester Castle. 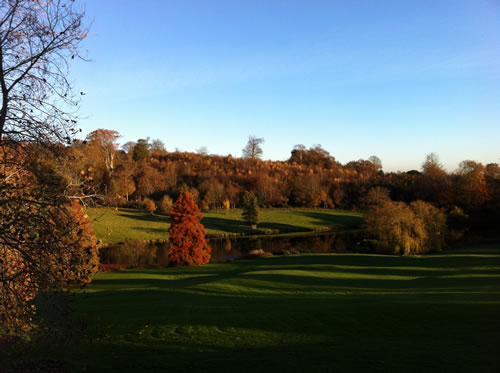