Click here to book any of our future events online using a credit or debit card. If you have any questions or comments about our events, please contact us. Members must log in to receive automatic discount when booking.

We are extremely fortunate to have the opportunity to revisit (it was quickly sold out last time!) the exceptional private garden at Stonepitts Manor, the home of Hugh and Angela Ellingham. The garden, which has its origins in the 16th century, is arranged in a series of rooms, surrounding the Grade II* listed Manor on three sides. After coffee and cakes, we will be guided by Angela and her gardener around the rose garden, swimming pool terrace garden and the recently restored and very beautiful kitchen garden and apple orchard. The garden also contains ancient Wisteria, beautiful topiary and a natural dew pond which has been cleared and replanted. Terraces
originally designed by Gertrude Jekyll in 1925 are lined with herbaceous borders and we will have the opportunity to see correspondence between Jekyll and the then owners outlining her
suggested designs for other areas together with her surviving plans for the garden.
A reservation for those wanting lunch will be made at the George and Dragon in Ightham.

Book online. There is currently 1 place available for this event.

Pheasant Farm and Pheasant Barn are next to each other in Oare, and both overlook the Oare marshes and creek. Lucie and Jonathan Neame commissioned KGT Trustee Sarah Morgan to redesign the garden around the 17th C house at Pheasant Farm in 2008. The walled garden was reconfigured and replanted and an infinity lawn extended to provide a view to the marshes. Mixed planting and borders are shaped to lead the visitor slowly around the various garden rooms and to provide glimpses of views such as the historic neighbouring church. The infinity lawn at the end of the garden opens out to reveal views over the marshes and creek.

The Barn was once part of the farm, but has been the subject of an award winning restoration, and the surrounding land transformed into a spectacular garden by owners Su and Paul Vaight. A small garden to the N of the house has a contemporary feel characterised by diagonals of lavenders, a rill and small vegetable garden, while to the south of house – sloping down to the marshes - there is an extensive nectar-rich wildflower meadow studded with carefully selected fruit and other small trees, as well as cultivated flower borders and a labyrinth.

We start with coffee and cake at Pheasant Farm kindly provided by Lucie; then Sarah will provide a brief introduction to her plans for the garden. We then move next door where Su and Paul will discuss their scheme for the garden and show us around.
After lunch in a local pub, we drive the mile to the remarkable allotments on the site of old gunpowder works adjacent to the Stonebridge Ponds where we will have a tour. 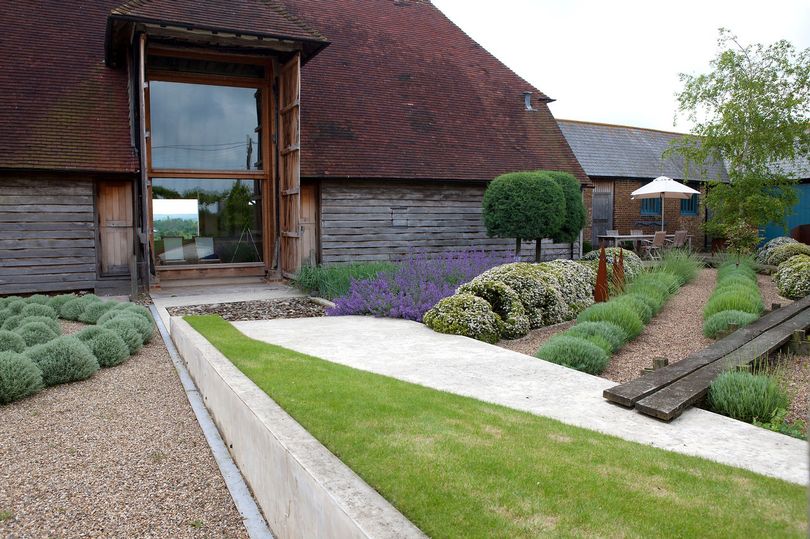 Location: Park in the village centre and walk to Went House in Frog Lane (ME19 6LW)

Book online. There are currently 3 places available for this event.

West Malling has a fine collection of historic properties and an equally fine collection of special gardens - we are going to have private visits to two of the best and the largest. The Queen Anne style Went House in Frog Lane has a 2 ½ acre garden with an exceptional collection of roses, specimen trees, and mixed borders. A small stream passes through the garden on its way to Aylesford where it used to feed the paper mills. The house and garden have associations with Dr Johnson who visited West Malling. Alan and Mary Gibbins will welcome us with coffee and provide a summary of the fascinating history of both their house and garden.

We will then walk to Brome House close to the church where we will be greeted by owners John Pfeil and Shirley Briggs who have largely redesigned the two acre garden over the last 20 years taking full advantage of its enclosed, walled, site and marvellous collection of trees. You will be provided with useful notes describing the garden which will allow you to wander at your will before enjoying a farewell drink at the end of the visit.

There are several good eating places in West Malling for those wanting a bite after the visits.

Book online. There are currently 2 places available for this event.

Two magical gardens surrounding important historical houses situated either side of the border of our county with Sussex.
Lossenham Manor is thought to be a former priory that became a manor house in the 15th century. It now belongs to Tavia and Tristram Gethin. It was once owned by the Culpepper family, of whom Tristram is, serendipitously, a descendent. The house has 12th century origins, a largely 15th and 16th century interior but with an 18th C façade facing south towards the marshes. Our distinguished garden designer member Marion Boswall has recently worked with Tavia and Tristram to revive and refashion the wonderful gardens which include a moat, a walled garden, terraces and many borders. The garden proceeds through gates and archways complementing the historic spaces. Tavia will be our host and guide. (A full description of garden can be found in the May 19th 2021 issue of Country Life).

Glebe Place is an elegant substantial late Georgian house on the south side of Northiam, perfectly complemented by the garden which has been redeveloped during the last 15 years by the owners Jane and David Pennock with the involvement of garden designers Julia Fogg and Annie Everson. Box hedging surrounds a series of beds full of relaxed planting of roses, shrubs, and leading to a “hot” garden, a “canal” garden, and ponds. There are old and young fruit trees, a raised vegetable garden, and a hidden garden with wildflowers and ferns. There are spectacular views to the west over the weald. Jane and David will be our hosts.

Location: Meet in the car park at the entrance (ME2 1LA).

Book online. There are currently 2 places available for this event.

The vision of Plantlife is that Ranscombe will become the best, and best-known, arable plant site in Britain. It is a large and active farm with cattle and arable and extensive wildlife-rich woodland and hedges at the top of the North Downs. It is a mixture of chalk and the typical overlay of clay with flint. The tenant farmer manages along organic principles and has recently started a ‘no plough’ policy. Most of the woodland is Ancient and Semi-Natural, which means that it has been continuously wooded since at least 1600, during which time it has been able to develop a wide diversity of plants, animals and fungi. The farm is managed to conserve the typical flora of arable land, much of which is vulnerable to modern farming methods. We will be shown around by the Plantlife Conservation Manager Dave Sweeney. Please expect a substantial amount of walking!

The Franciscan Gardens in Canterbury have been developed over the site of the first Franciscan settlement in the UK, dating back to 1224. Remarkably, a former dormitory of the Greyfriars, built in 1267, remains and straddles a tributary of the Stour, creating a romantic and unique anchor to the gardens. 800 years of horticultural legacy and ancient monument walls reveal themselves as the recreated paths take the visitor on a peaceful meander round the site.

The derelict site was handed over to the Trustees of Eastbridge Hospital just over 21 years ago, when they invited garden historian and designer, Sarah Morgan of Sarah Morgan Gardens, to research and design a masterplan and planting for the site. Collaboration with Franciscans, architects, archaeologists, Time Team and the gardeners of Eastbridge has allowed much of the project to be implemented successfully. The garden is run on organic and ecological principles with a sensitive ‘light touch’ approach to the paths and planting.

In 2021, the gardens opened regularly to visitors, offering a welcome haven of peace from the busy High Street. The Franciscan Gardens also won the Canterbury Society award for Public Realm and Open Space

Sarah Morgan will lead the tour to explain the historical precedents and some interesting facts about the site that influenced the layout and planting. There is an opportunity afterwards to lunch in Canterbury at a local café, followed by an optional visit to Legacy Park, the first new park in Canterbury for decades and until recently within the Howe barracks military compound. 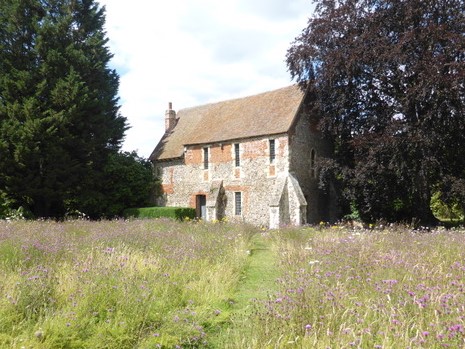 Location: Meet at The Charterhouse (EC1M 6AN). The walking tour will end close to London Bridge.

Book online. There is currently 1 place available for this event.

The Charterhouse has been home to many significant moments in London’s history since 1371. It started as a monastery, then became a grand mansion, then a boys’ school and then an almshouse which, in part, it is still today. Amazingly, it occupies a 7 acre site, right in the middle of London, bordering the Barbican to the East and Smithfield to the South. Our tour of the house will be led by Stephen McGhee, one of the resident ‘Brothers’, and will embrace the Great Chamber, Museum and Chapel as well as the exquisite garden. (A full description of the garden can be found in the Feb 2022 issue of The English Garden).
We will be having a light lunch in the Charterhouse, and will begin our afternoon walk with Brother Mansel David afterwards.

Charterhouse to Marshalsea in Dickens' Footsteps

It is a typically interesting Dickensian notion that one comes to "know the moves" of London. It suggests a living opponent, forever shifting. Yet if anyone can be said to have pinned this opponent down, that man is surely Charles Huffam Dickens - great writer and inveterate walker, who found his inspiration in the City's streets and alleys. His walking started early at the age of 12 in 1824 when he had to walk from Camden lodgings to visit his father in Marshalsea Debtors Prison at Borough, and to work in Warren's Blacking Factory near the Strand. Our walk will not cover quite such ground, but will take in many of the sites that Dickens knew so well and wrote about so vividly. Beginning near St Bartholomew the Great, we will take in the Old Bailey, St Paul's Cathedral, Mansion House, Cornhill (Simpsons Chop House & the George and Vulture), London Bridge, Southwark Cathedral, Borough Market and the George Inn, before ending at St George the Martyr ('Little Dorrit's Church') and the ruins of the Marshalsea itself (The walk is about 2 1/2 miles and should take just over 90 minutes).

To quote The Inimitable: "Walk and be happy, walk and be healthy. The best of all ways to lengthen our days is ... to walk steadily and with a purpose." Let us follow in his footsteps! 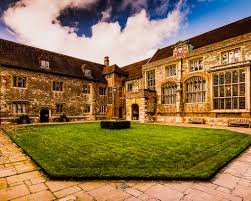